India: revocation of the special status for Kashmir 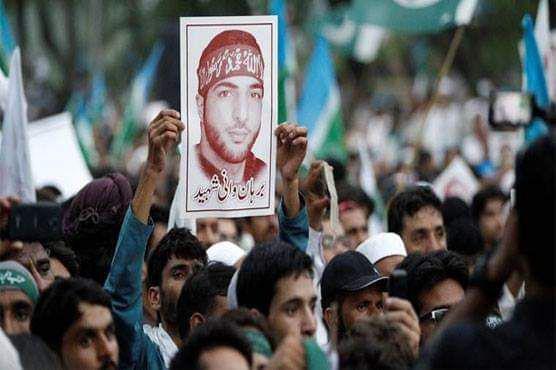 On 5th August 2019, the Indian Government launched a Presidential Order to repeal Articles 35A and 370 of the Constitution, which included special provisions for residents of Jammu and Kashmir and a special status for the disputed territory with Pakistan. The decision entailed, in addition to the extension of the Indian Constitution to Jammu and Kashmir, the division of the State into two distinct zones, considering that the eastern area of Ladakh, with a Buddhist majority, was separated from the previous territory. The two zones have become Territorial Unions, administrative units which have a limited autonomy. The new territory of Jammu and Kashmir will have a Legislative Assembly, whereas Ladakh will not have a local parliament. The decision followed the imposition of a curfew in Jammu and Kashmir on 4th August, the suspension of internet services and the imposition of restrictions on the travel of Hindu pilgrims and tourists throughout the territory. In addition, several local politicians have been placed under house arrest.
The government’s decision is the result of several considerations. First, ruling party Bharatiya Janata Party (BJP) has political Hinduism as its ideological basis, which historically identifies India as an exclusively Hindu state. This view is linked to the intention to abolish the autonomy of Jammu and Kashmir, evaluated as a “privilege” guaranteed to the local Muslim population, who allegedly resides in a substantially Hindu area. The repeal of Articles 35A and 370, intended as a suitable measure to integrate the territory with the rest of the Federation, has been part of the political manifesto of the BJP for decades and is a point of reference in every election campaign. Representatives of the Indian government have stated in recent weeks that they intend to increase the presence of Hindu communities in the Kashmir valley, an area traditionally dominated by Muslims. Article 35A represented an obstacle as it prohibited non-residents from buying property and land in Kashmir.
The decision of the government led by Narendra Modi is linked to the results of the April-May 2019 elections, which recorded a clear victory by the National Democratic Alliance (NDA). The BJP-led coalition was confirmed after leading the country from 2014 to 2019 and won 353 seats out of a total of 543 in the Lok Sabha (the lower house of parliament). The BJP alone reached 303 seats (the largest number ever obtained by a single party since 1984), well above the majority threshold (272 seats). The elections therefore gave broad legitimacy to the BJP’s political programme.
A further reason concerns the security framework of Jammu and Kashmir, a traditionally unstable area also due to its special status, according to the government. For a few weeks now, Delhi had been planning to strengthen the army’s presence in the territory and increase security operations, caused by an escalation of terrorist attacks in the last year. Several groups have been operating in Kashmir for decades; among them, the most important are Hizbul Mujahidin, Lashkar-e-Taiba (LeT) and Jaish-e-Muhammad (JeM).
Besides local separatist groups, several operations of the Islamic State (IS) through the Islamic State in Jammu and Kashmir (ISJK) have been recorded in the region. On 10th May 2019, the IS relied for the first time on the new “al Hind” province (Wilayat al-Hind) to claim an operation against the Indian Security Forces in Kashmir and the Shopian district. Moreover, a cell connected to al-Qaeda and which is operational in Kashmir is Ansar Ghazwat-ul-Hind (AGH), created in 2017.
Unlike the situation in the rest of the country, the numbers of terrorist attacks in Kashmir have been steadily increasing since 2012, after a phase of progressive decrease in episodes from 2001 to 2012. In 2018, the number of victims increased to 451, the highest since 2008, when 541 people died. The most significant recent attack took place in Pulwama on 14th February 2019 against an Indian military convoy (46 victims) and was claimed by the JeM.
From an international point of view, only the Pakistani authorities commented on the Indian decision, claiming that it was an illegal procedure in violation of the resolutions on the subject by the United Nations Security Council. It seems very likely that there will be a further increase in tension between the two neighbours, who should however limit themselves to military clashes along the Line of Control (LOC), which divides the areas of Jammu and Kashmir, respectively administered by Pakistan and India. An increasing number of Indian soldiers have been sent to Jammu and Kashmir, while the air force and navy are on alert. Although there have been no reactions from other countries, it should be noted that in recent days the United States had offered to mediate between the parties for the solution of the Kashmir question, a type of proposal that India is not willing to consider.

In the coming weeks, it is possible that the curfew in Jammu and Kashmir will remain in place, while a further increase in terrorist attacks in the area and a simultaneous increase in the operations of the Indian Security Forces against militants is highly probable. It is likely that the government’s decision can be used by separatist militiamen as a pretext for new attacks.
Furthermore, despite the prohibition of multiple gatherings, the decision of the Modi government is likely to fuel new protests, spontaneous or organized, which could result in violent clashes between demonstrators and the Security Forces.
With regards to the rest of India, the political and social environment, characterized by a significant polarization between different religious groups, could offer fertile ground for spontaneous demonstrations of dissent or for protests prepared by parties and organizations that protect Muslim communities in major urban centers. Throughout India, protests could take on a violent form and degenerate into clashes with the Security Forces and conflicts with the Hindu majority.
The government’s decision will provide further support for a stronger spread of the Islamic extremist ideology conveyed by IS and al-Qaeda. In a recent video-message, al-Qaeda leader Ayman al-Zawahiri argued that Kashmir should once again become a central element of global jihad. The issue concerning the abrogation of the autonomy of Kashmir could, therefore, be a reason to further encourage autonomous Jihadist groups or movements linked to trans-national organizations.
Against this backdrop, given the growing attention paid to India by the supporters of IS and al-Qaeda through their respective medias, the risk of asymmetric attacks perpetrated by lone-wolves inspired by extremist ideologies or, to a lesser extent, more complex actions carried out by more structured cells, cannot be underestimated. The risk of asymmetric actions will concern, in particular, the urban centres of the country, where a substantial Muslim minority resides (Hyderabad, Mumbai, etc.); Indian interests will also be affected, especially outside the national borders (in particular, in Pakistan – where mass protests are very probable – and, to a lesser extent, other countries with a Muslim majority).