Instability and security issues in the Latin American region 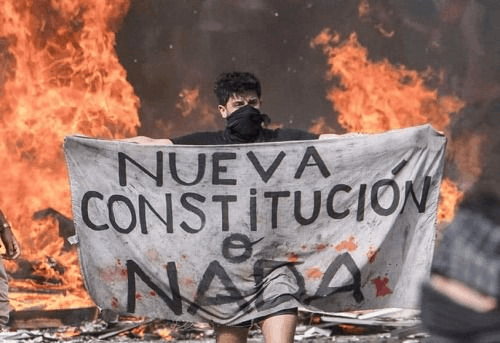 The events of 2019 are again indicative that Latin America is one of the world’s most violent areas. The record number of killings in Mexico, increased armed group activity and protests in Colombia, the overthrow of the government in Bolivia, the Venezuelan crisis and the ongoing turmoil in Chile are just some of the issues putting regional security at risk. Such issues will likely continue to pose a threat to business activities in the medium to long term too, making it necessary for businesses to take mitigation measures as part of a broader and all-encompassing corporate risk management approach.

In Mexico, the escalation of the drug cartel war has led to a significant increase in violence across the country. If 2018, with 33,743 murders recorded nationally, was identified as the worst year in this sense, murders in 2019 outnumbered those in the previous year. With 34,582 murder victims, 2019 has been the most violent in the country’s recent history. The Mexican states that recorded the most cases were Guanajuato (3,558), Estado de México (2,981), and Baja California (2,883). Those that instead recorded the highest rates were Colima (98.3 cases per 100,000), Baja California (80.5), and Chihuahua (68.6). The ‘war on drug ‘‘, which was launched in 2006 by then President Felipe Calderón, suffered a setback following the election of Andrés Manuel López Obrador (AMLO) in 2018. Unlike the previous administrations, which allocated substantial funding to the fight against cartels, during his political campaign AMLO had repeatedly announced plans to replace the national militarisation strategy with a long-term approach based on socio-economic reforms to prevent the poorest sections of the population from joining the cartels. AMLO’s plans finally resulted in the “Plan Nacional de Paz y Seguridad 2018-2024”, which also involves major changes to the police force by creating the ‘Guardia Nacional’. Along the lines of Spain’s Guardia Civil and, therefore, made up of both military and police officers, the Guardia Nacional replaced the Policía Federal, that had been involved in several corruption cases and was, therefore, considered unreliable in the fight against drug trafficking. Although the Guardia Nacional, which is expected to reach 150,000 members by 2023, has so far been used mainly along the borders with the United States to curb migration flows, its creation alone seems to have produced positive effects if we have a look at the latest available data. If it is true that murders have increased nationwide, the trend is nevertheless positive if compared to previous years. The number of murder victims in 2019 was equal to approximately 28 cases per 100,000 population, up 1.68% compared to 2018. In the three previous years, however, the increase was greater, with a rate exceeding 25.1% between 2015 and 2016, 26.4% between 2016 and 2017 and 15.7% from 2017 to 2018.

In Colombia, the peace agreement signed in Havana in 2016 between the government and the Revolutionary Armed Forces of Colombia (FARC) has triggered and fed protests in the country since 21 November 2019. Activists accuse the current government of Iván Duque of not implementing the peace treaty, which resulted in the disarmament of about 8 thousand guerrillas; the agreement is therefore considered to be the main reason for the growing violence in the country. According to the latest available data, in 2019 there were 12,825 murders nationally, equivalent to a rate of about 25.4 cases per 100,000 population. Although this is a slight decrease compared to the 12,923 cases in 2018, the data is not that comforting if we consider that dissident FARC fringes have recently resumed armed struggle. In August 2019, Luciano Marín Arango aka “Iván Márquez”, considered among the most influential leaders of the former guerrilla group and main negotiator of the 2016 agreement, announced resumption of armed struggle against the government, accused of failing to comply with the treaty signed in Havana. Since the signing of the agreements, hundreds of local community leaders have been murdered by paramilitary groups unrelated to the FARC. Created to fill the void left by the guerrilla organisation, new armed organisations (Grupos Armados Organizados – GAO) carry out systematic attacks on territorial rights activists that oppose illegal activities, such as drug cultivation (about 650 leaders have been killed to date, 30 of which in January 2020). The said trend – which is indicative that the peace treaty has so far not resulted in a major decrease in violence – is accompanied by an increasing number of deaths among former FARC members; in fact, one of the principles set by the 2016 agreement was the government’s commitment to protecting signatory guerrillas. Killings of former guerrillas (at least 185 since the signing of the treaty, 7 of which in January 2020) prompted Iván Márquez to announce resumption of armed struggle, followed by other dissident cells (amounting to a total of 3,000 guerrillas). The presence of dissidents and GAO, in addition to the insurgency groups that have never handed over weapons (including the Ejército de Liberación Nacional – ELN), make the security environment in the country significantly unstable. The current situation could even worsen in the short to medium term.

Bolivia has also experienced a serious security deterioration in the past few weeks. In the aftermath of the presidential election (20 October) won by outgoing President Evo Morales (Movimiento al Socialismo, MAS), opposition supporters denounced electoral fraud and started a series of violent protests in different areas of the country, forcing the now ex-president and his deputy Alvaro Garcia Linera to resign on 10 November 2019. The violent clashes between government supporters and opponents – which have resulted in at least 35 dead and more than 800 wounded so far – led the interim government led by opposition Senator Jeanine Añez to find an agreement with MAS on a new election to be held on 3 May 2020; anyway, Morales and Linera will not be allowed to participate as presidential candidates. The agreement, which immediately resulted in a decrease in protests, has however been undermined by Añez’s recent decision to run for president, after she had guaranteed that hers would be a transitional government. This move has triggered a harsh reaction from MAS, which accuses Añez of wanting to run in the election in a privileged position. At present, the most likely scenario is that of a new security deterioration in conjunction with the May election.

In Chile, the protests which have affected the main urban centres since 14 October have so far resulted in at least 30 dead and more than 3,000 wounded. Triggered by an increase in transport fares, the protests soon resulted in vandalism against metro stations, buses and the assets of all those companies that, for various reasons, are deemed responsible for social inequality in the country. The dissemination of footage depicting systematic police violence against protesters – further proof of that came with a United Nations report – has led to several attacks on police stations in Santiago, with the most radical protesters calling for the elimination of the Chilean riot squad (Esmad). Security instability has led President Piñera to take various measures to quell the crisis. Measures include a referendum on a new constitution, which is set to be held on 26 April 2020 and in which Chileans will have to choose between a Constituent Assembly (a new constituent commission) or a Constituent Congress (a commission comprised of members of the parties currently in parliament). The uncertain constitution-making process is a source of discontent, as many accuse Piñera of not wanting to involve the social movements in the path to a new constitution. However, although the demonstrations are likely to remain frequent until the constitution-making process is completed, the related unrest has gradually grown less intense as a result of Piñera’s concessions. Following the referendum announcement, the protests have had a lower turnout than in October/November, and violent acts are now exclusively at the hands of the most radical protesters (that are now losing support from the rest of the population).

Central America was again one of the areas with the highest crime rates in the continent in 2019. Preceded by Venezuela and Jamaica only, Honduras and El Salvador have the highest murder rates in the whole Latin America. This trend, which is one of the main reasons for the numerous migrant caravans going from Central America to the United States, has nevertheless improved significantly compared to past years. In 2019, El Salvador recorded a significantly lower number of murders (2,390) compared to previous years, going from 60 cases per 100,000 population in 2017 to 36 cases in 2019. This downward trend – due to the new ‘Plan Control Territorial’ by President Bukele and, presumably, to informal agreements between the government and local criminal groups such as ‘Mara Salvatrucha’ and ‘Barrio 18’ – is also reported in Honduras: although the country has recorded a slight increase in the murder rate (41.2 compared to 40 in 2018), the rate is still lower than in 2017 (42.8) and – to a greater extent –in 2016 (59). Similar trends are experienced by countries like Venezuela and Brazil. In Venezuela, despite the worsening economic and humanitarian crisis, the murder rate dropped from 89 cases per 100,000 population in 2017 to 60.3 cases in 2019. In Brazil, the rate decreased from 29.7 cases in 2017 to 19.7 in 2019 (-33%). This decrease, which is mainly due to better security force coordination, a renewed investigation strategy, criminal leaders kept in separate prisons, and local communities involved in security planning activities, evidences that targeted government policies can lead to tangible results in terms of security.

Latin America, therefore, remains one of the world’s most turbulent areas. Although only 8% of the world’s population lives there, approximately 30% of murders around the world are committed in this region. In general, the political and security environment in the entire area was highly volatile in 2019 too, mainly due to risks associated with crime and social unrest. The said issues, therefore, make it necessary for companies to take specific mitigation measures as part of an all-encompassing risk management strategy, so as to ensure regulatory compliance, the protection of people and asset integrity. This cannot be done without companies first identifying legal obligations, any organisational and procedural gaps, potential operational risks (which vary depending on the sector of activity and areas of operations), and, consequently, the steps to take to make sure business runs smoothly.